Before the election, I used to get my news generally from four websites: cnn, huffingtonpost, slate and politico. Don’t know how I settled on these, but there it was. If I wanted to check out conservative opinion, I went to Foxnews and later on Breitbart.

Since the end of the election I have generally avoided these sites. I voted for Clinton and seeing news of Trump and his side taking the victory lap was no fun. But he won, and that’s his right.

Everyone once in a while, like yesterday and today, I get curious what is going on. So I go back to the “neutral” cnn and the liberal huffingtonpost. And then after reading around for a little while, I feel this is pointless and skip it.

Why? Not just because of Trump. But because it is amazing how much CNN and Huffingtonpost are, however unwittingly, giving more power to Trump with how they are covering him. Then again, I suppose it is all part of the process.

We are in the midst of some big tectonic shifts in our society, in America and the world more generally. One of these vast shifts is that with the rise of social media, the idea that there is a uniform, shared structure among all citizens for news is being obliterated. There is no more Walter Cronkite or Peter Jennings, journalists who seem to merely provide the news and no partisan spin; whose very ethical character seemed defined by the sense that they held themselves to such a standard of neutrality.

But in the 60s for Cronkite and even the 90s for Jennings this was possible not just because of their intrinsic moral worth but because people were dependent 3 or 4 or 5 news outlets for their main national news. It was the very power Cronkite and Jennings had, or their network heads had, which shown through as the moral uprightness of not abusing that power.

END_OF_DOCUMENT_TOKEN_TO_BE_REPLACED

When I started this blog I called it “In Search of an Ideal” because there was a very particular destination I wanted to reach. The subtitle I gave it then was “Towards a pluralistic public philosophy.” What I wanted were not principles exactly, but atleast something conceptual to hold on which would articulate how people of diverse backgrounds, habits and values can live together in peace globally. 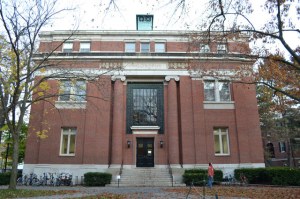 The starting point of my thinking was the idea that the Enlightenment ideas of post-medieval Europe, captured in the modern, liberal theories I was taught in academic philosophy and which were passed around the world through colonialism, were limited and failed to provide the theoretical foundations for a truly diverse society. Primary evidence for this was the fact that academic philosophy was itself the least diverse discipline in the humanities.

f this was true, and given that America was founded in part, or mainly, on those Enlightenment ideals, it suggests that American society, and in particular it’s government, did not yet have the ideals, even conceptually, of how to foster diversity in a robust sense. Perhaps America doesn’t aim to be a land of “full and equal diversity,” and aims instead to be rooted in a historical Europeanness. If so, that is another matter. But insofar as America, as a country and as a concept, aims to be a land of equality for all, I concluded that if academic philosophy itself failed to live up to the ideal of diversity, how much further from such an ideal must be the nation.

If this was true, and if America was the greatest experiment  (or atleast , a great experiment) in the ideals of the Enlightenment, then it suggests that we as a species, around the globe, had not figured out, even in theory, what it would mean for the global situation to be just and truly democratic. What does it even mean to speak of justice and diversity at a global level? Of seven billion people? As someone with passing knowledge of marxism, critical theory and post-colonial theory, I felt that the global capitalism of the last 50 years retained and smuggled in many of the power imbalances of the colonial period. But what is the alternative, even conceptually, in theory? This I did not find in post-modern theories. If these theories critical of modernity left mainly unscathed the core Enlightenment ideals which were the bread and butter of “prestiguous” philosophy departments in the English speaking world – if they failed to change parts of academic philosophy – that suggested broader limits of these philosophies.

END_OF_DOCUMENT_TOKEN_TO_BE_REPLACED

2017 is set to be a tumultous year. I suspect much of the public discourse on CNN or Facebook, and among family and friends who differ on politics, will follow a pattern which will be generally as inflammatory as it will be unproductive:

– Trump and his administration will do something that goes against the perceived norms of what presidents or administrations normally do.

– Liberals will be in up in arms about how Trump is a bigot, a sexist, a conman and aims to be a dictator like Putin and who is eroding the principles of democracy.

– Trump and his supporters will use the clamor from the liberals, and the protests, to say they are the victims of “political correctness” run amok, and Trump will wear any provocative act as a badge of honor, and feel more entitled to act as he wants. And his supporters will become focused on culture war wins over liberals instead of holding Trump up for scrutiny.

– The more the conversation gets stuck between the moral indignation of Trump critics and the defensive self-righteousness of Trump and his supporters, the more the DEEPER intellectual and conceptual issues will recede into the background. That is, the more the discussion becomes about Trump in particular, the more the broader forces of our country and world, of which Trump is a symptom and not the main cause, will be lost sight of.